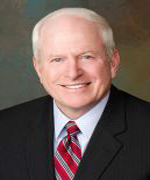 Judge Ron Spears (Ret.) is a Mediator and Arbitrator with Spears Dispute Resolution in Taylorville, where he uses his nearly 39 years of courtroom experience to serve as an experienced neutral to help parties and their attorneys resolve disputes in a fair, efficient and cost-effective way. His dispute resolution practice concentrates on a broad range of civil cases, including disputes related to business, construction, contract, employment, insurance, personal injury and wrongful death, probate and contested estates, property damage, real estate, tort, and nursing home injury and death.

Judge Spears served as a Circuit Court Judge in the Fourth Judicial Circuit from 1993 until his retirement from the bench in 2005. Prior to his service as a circuit court judge, he was an attorney with Miley, Meyer, Austin, Spears and Romano, P.C., where he maintained a general practice with an emphasis on litigation and federal and state courts. Prior to his work at the firm, Ron served as a law clerk for U.S. District Judge J. Waldo Ackerman for the Central District of Illinois. Ron is a retired Colonel in the Judge Advocate General's Corps of the Illinois Army National Guard, having served from 1972-2006. Ron graduated from the University of Illinois in 1974 and from the Southern Illinois University School of Law in 1977.

Judge Spears received excellent evaluations as a judge in all areas, including legal knowledge, integrity, and temperament. He has a history of service to the legal profession, including as a past elected member to the ISBA Assembly and Board of Governors and as a director and officer of the Illinois Judges Association, including a term as President of that organization. He is a frequent faculty member for CLE presentations, including several IICLE® programs.